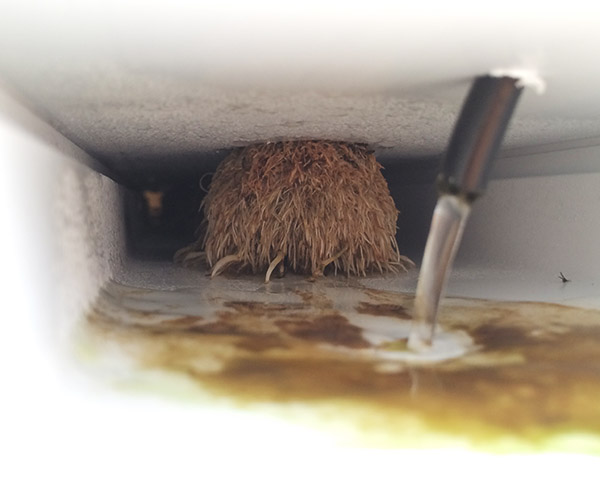 If you’re going to use a loose substrate in a hydroponic production system, you may have to change how you handle starter plants and the treatment of recycled water.

Many growers of ornamental plants including annuals and perennials traditionally use a peat-based substrate such as 70 percent peat, 30 percent perlite. The growers, who produce these crops in containers, will often use the same substrates if they expand their crop offerings to include hydroponically-grown edible crops, including lettuces and leafy greens.

“There are some growers who use these peat-based substrates in hydroponic production systems, but it is more difficult to manage because hydroponic systems need to run clean,” said Tyler Baras, special projects manager at Hort Americas in Bedford, Texas. “Debris from these loose substrates can lead to clogging of irrigation lines in hydroponic systems like nutrient film technique (NFT). In the case of a deep water culture floating raft system the goal is to flush the system as infrequently as possible because there is so much water involved. Growers want to keep both of these hydroponic production systems fairly clean.

“The loose substrates used by traditional bedding plant growers can break apart so that there is some peat and perlite floating in the system or sinking to the bottom of the pond or water reservoir.

Baras who recently completed trials with loose substrates in a 12,000-square-foot research and demonstration greenhouse in Dallas said the more commonly used substrates for hydroponic systems are inert materials. These include preformed plugs, such as stone wool plugs or cubes, polyurethane foam blocks, stabilized medium like synthetic polymer peat plugs and wrapped plugs which can have an outside coating like Riococo Closed Bottom Organic Plugs.

In the greenhouse trials that Baras is doing with lettuces and basil in NFT and deep water raft systems, he is studying the differences between peat and coir.
“Coir has more water retention from what we have seen,” he said. “It really depends on the production system, the growers’ staging strategy and how the seedlings are watered. There are a lot of factors that are similar and they both have the possibility of being used for hydroponic production.

“Coir is often used as a substitute for peat. Often when coir is used, growers have to change their irrigation strategies. Fine coir holds more water than peat. Once the seed has germinated and is at the seedling stage the goal is to establish a strong root system regardless of the substrate used. The plug should be dominated by roots. As long as the plug has a large enough root mass once it is transplanted into a hydroponic system, there is a good chance for success.”

Growers should consider young plant development strategies specific to the substrates they are using.

“An example would be plugs with some type of wrapping around the outside,” he said. “The bottom is open, but the plants should be grown until there are enough roots to cover the bottom of the plug so it doesn’t fall apart once it is placed in the hydroponic system.”

“Growers who want to grow organically can’t use stone wool, foam blocks or any polymer peat plug,” he said. “Organic production is generally limited to loose substrates. This would include loose peat- or coco-based substrates and coco plugs. There aren’t a lot of options.

“If a loose substrate is used and some of it is falling apart and into the production system it can quickly clog the irrigation system. It’s important to have a solid root structure before transplanting the plugs into an organic hydroponic system.”

Whether growing organically or not, when using loose substrates in hydroponic systems, Baras said growers need to have a good filtration system.

“Anything coming off the tail end of the NFT channels is going to have to be run though some kind of filtering stage to collect any debris before the water goes back into the reservoir,” he said. “The irrigation lines are usually ¼-inch or smaller and those can clog quickly when loose substrates like peat or coco are used.”

For more information on choosing a substrate for hydroponic production systems, https://hortamericas.com/grower-resources/growing-media-and-substrates/