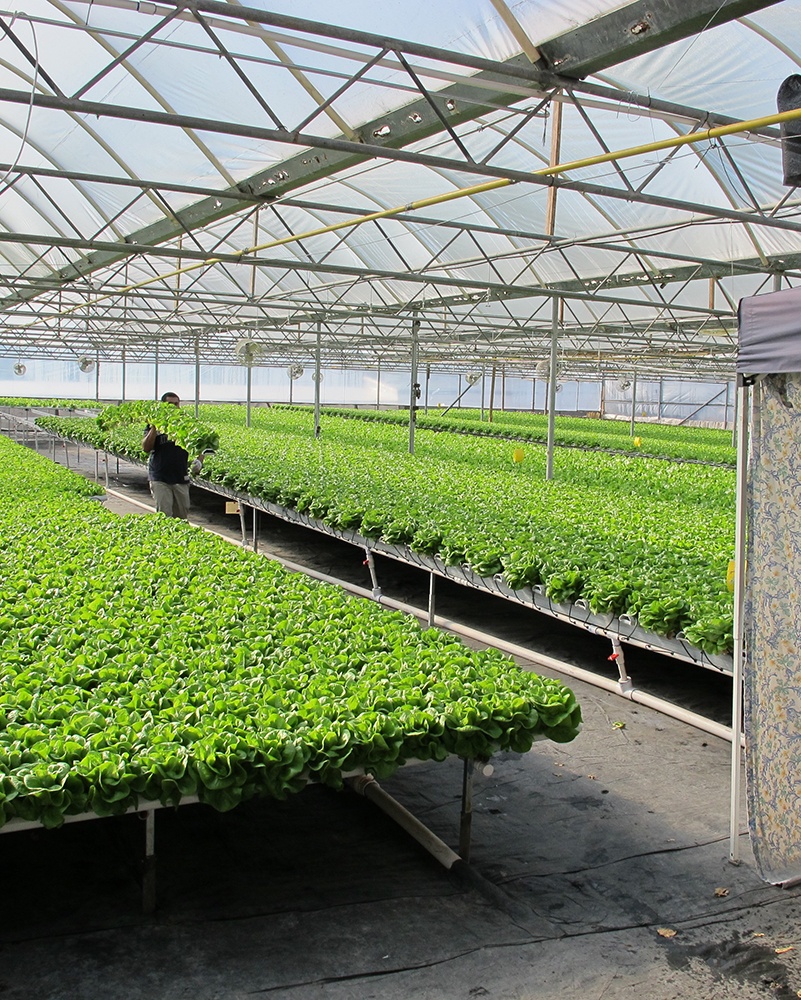 Regardless of whether you think hydroponic production can be organic, the bottom line is all methods of food production should be considered when trying to feed a growing world population.

There is currently much discussion and debate occurring about whether hydroponic production can be labeled as organic. In September 2015 the USDA’s National Organic Program appointed a 16-member task force to look at hydroponic and aquaponic production practices and how they align with USDA organic regulations.

Gene Giacomelli, director of the Controlled Environment Agriculture Center (CEAC) at the University of Arizona, said that regardless of whether plants are being grown using a traditional organic approach or one of the various combinations of hydroponics practices (soilless culture), fundamentally all of these production methods are simply attempting to grow plants for their economic, nutritional and social values. The goal is to use the best available techniques to produce crops of highest quality with the minimum of resources.

“Regardless of the production method, plants must be provided with the environment they need to grow,” Giacomelli said. “The basics of growing plants besides light, carbon dioxide, water and the potential of their crop genetics, there are plant nutrients that have to be distributed to the plant roots.

“Consider that the nutrients have to be dissolved in the water near the roots. Then the water with the nutrients is absorbed through the root membrane. Plants are basically harvesting the nutrients from the water adjacent to their root system. Where nutrients come from or how they get there are not important in the plants’ decision to use a nutrient. If a nutrient is present and the plants need it, they’ll use it.”

Soil, soilless or no soil

Giacomelli said using traditional farming practices including organic production, field-grown plants grow for a while in the soil until the nutrients are depleted. Then the soil’s nutrients can be recharged by incorporating animal and plant manures.

“One of the ways to grow plants is in soil and to apply components that will break down naturally from plant manures and animal manures,” he said. “Nutrients from these manures can be dissolved in the water and absorbed by the plant roots.”

Giacomelli said plants can also be grown in many different ways and as long as the water and nutrients are delivered to the roots the plants will grow.

“However, there are benefits for the growers to use hydroponics, such as avoiding issues with soil-borne diseases, soil-hosted insects, poor soil drainage and aeration, which are detrimental to plant growth,” he said. “Many growers have made the switch to soilless substrates for their root zone, which can be made of organic components, but may not contain any soil from the Earth. These organic root zone materials can be placed within containers that may be extended as one for an entire row of plants, or for small units as for individual plants. USDA regulations allow for organic growers to produce their plants in containers. That is legal.”

Giacomelli said there are natural microorganisms in soil that surround the root system and presumably encourage the effectiveness of the nutrients found in the root zone of the plant.

“Can this also occur in a hydroponic system or a pure water culture system since there is little or no substrate at all?” he said. “What if the grower is making a compost tea or purchasing a formulation that is a natural degradation of plant or animal manures and takes the supernatant liquid and then injects it through the irrigation system and pumps the microbes through the water? Aquaponics uses fish waste to fertilize the plants. Is this considered organic?”

Giacomelli said one of the things being studied is the production of quality greens in aquaponic systems using low nitrate levels.

“These nitrate levels are lower than what would be used in a typical hydroponic system,” he said. “We are trying to figure out what is allowing this to occur. Is it the water movement around the roots? Or are there some microbiological agents helping the plants be more efficient in extracting those limited nitrate molecules in the water? We must work with a microbiologist to help us answer these questions.”

Giacomelli said one of the fundamental questions when discussing growing organically is whether the food produced is better than food grown using other production methods.

“‘Better’ could mean nutritionally or it could mean for food safety,” he said. “Usually if it’s organic then there are no pesticides. What I do know is exactly what is on the tomatoes coming out of our university greenhouses. I don’t know necessarily what is on an organic tomato coming out of a field. There is less insect and disease pressure in a greenhouse than in an open field, and thus a lesser need for control procedures.

“Growers trying to produce food in resource-limited locations, such as where water is scarce or phosphorus is hard to find, are going to have other factors to consider when choosing how to grow their plants. In these situations growers are going to want to capture and recycle the water and nutrient solution.”

Giacomelli said there are environmental ramifications which should come into discussion about organics.

“We began looking at things like how many grams of edible biomass did we produce per kilowatt hour of electricity. Or, can we produce more edible biomass per input of electric power using containerized growing in controlled environments? Or what about edible biomass produced per input of plant nutrients? Comparing field organic production to a recirculating hydroponic system, the field organics systems cannot compare from a balanced budget viewpoint. Resource use efficiency is greater in a containerized system.”

The impact of light

Giacomelli said light has never been a consideration when talking about whether a crop is organic. But he expects in the future it will be.

Only recently have we been able to talk about artificial light and its relation to growing plants organically,” he said. “When plants receive a full spectrum of light from the sun, the plants pick and choose what’s naturally available and uses it.

“When plants are exposed to very narrow light spectra from LEDs, particularly red and blue light, plants will grow. There are indications that there are other wavelengths that have been and will be discovered and proven to change the growth rate of plants. This could impact the production, as well change the potential quality of the plants. Plants grown under these wavelengths could be higher in lycopene or sugars or some other nutritional compounds. Based on the recipe of light given to plants, they could be grown more efficiently while enhancing their nutritional value. We await the results from the research that is rapidly proceeding.”

Looking at the big picture

While defining what is organic and what isn’t may be more important to some growers than others, Giacomelli said the agricultural industry shouldn’t lose sight of the big goal.

“I want the field organic industry to grow and I want the organic hydroponic industry to also grow,” he said. “By their development and expansion, we will help feed people. We are going to need both. There are places where both of them should be done and places where neither of them should be done. They are not mutually exclusive. We need to look at the practical aspects. Give me the bottom line based on all these factors and I will be able to tell you whether to grow in controlled environments. On the other hand, if you have the right climate and can grow outdoors organically that works too.

“We will never be able to feed all of the people in the world by a strict traditional organic definition of food production alone. There will be other agricultural practices that may not be organic or be somewhere in between. However, container production of food within controlled environments can help to meet a demand for organic food production.”