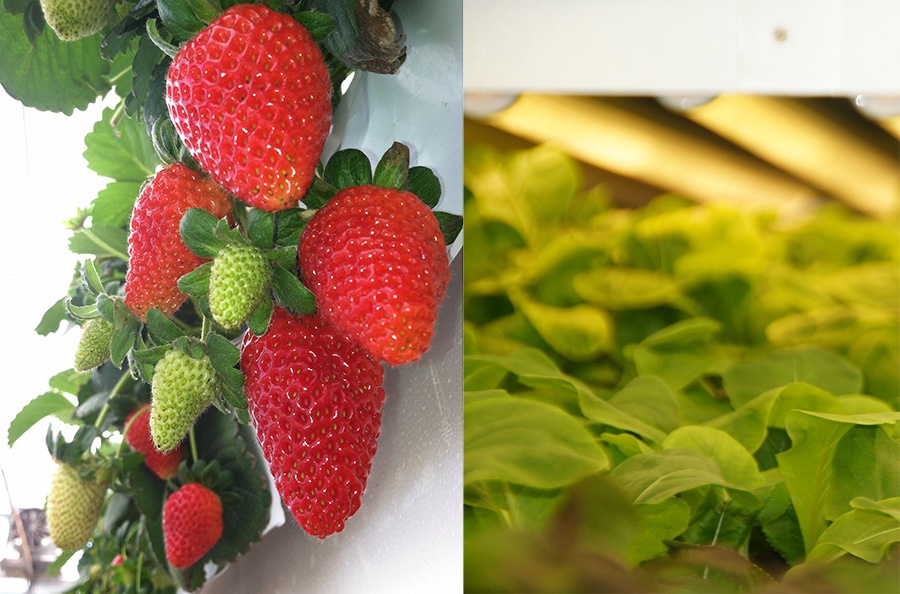 Growers and researchers discuss the benefits of using grow lights when it comes to growing controlled environment crops.

If you are contemplating installing supplemental grow lights in your controlled environment production facility, then Cultivate’19 was the place to learn how the lights are being used. Both growers and university researchers presented information on the results they have gotten with grow lights, particularly light-emitting diodes (LEDs).

Grow lights a must for producing greenhouse strawberries

Sarah Gunn, head grower at De Jong Greenhouses in Pella, Iowa, discussed how she has been using LEDs to produce greenhouse strawberries from November through January. The company, which grows primarily ornamental plants, has been trialing greenhouse strawberries for eight years. For the last three years the company has been selling its strawberries through a produce distributor to local grocery stores. Gunn said the price point during the months the company produces the berries has been good enough to justify the costs associated with growing the crop.

Gunn said the strawberries which are grown in 12-inch containers can hold three to four plants. She advised growers to start with certified bare root plants. Greenhouse strawberries are a labor intensive crop requiring removal of runners (stolons), old leaves and harvesting fruit every two to three days.

Gunn said that two-thirds of the United States doesn’t have sufficient light levels during the winter months to grow greenhouse strawberries. The optimum daily light integral (DLI) for strawberries is 15-25 moles per square meter per day (mol·m-2·d-1). Gunn is using LEDs to deliver a DLI of 12 mol·m-2·d-1. Extending the day length to 13-16 hours can help boost fruit yields. Plants should not be lit for longer than 16 hours.

The company purchases bumblebees to pollinate the strawberry plants. Because different light spectrum can affect bumblebees, Gunn advises growers to find out how grow lights can impact the bees behavior.

De Jong uses a template for berry size and color to determine when the berries are ready to harvest. Since strawberries were the first food crop the company had grown, a consultant was hired to implement food safety protocols.

A panel of growers and a university researcher discussed the experiences they have had growing under LEDs.

John Bonner, owner and CEO at Great Lakes Growers in Burton, Ohio, has been hydroponically growing leafy greens and herbs since 2011 when he started with 300 square feet of greenhouse production. His operation has expanded to 160,000 square feet. Bonner who started with high pressure sodium (HPS) lamps has replaced most of those fixtures with LEDs. Once the company’s current expansion is completed Bonner expects to be able to annually produce 6 million heads of lettuce.

James Darrow, general manager at Jolly Farmer in New Brunswick, Canada, began research with LEDs in 2012. He said Jolly Farmer provides at least 25 moles of light per day by LEDs during the winter. After installing LEDs Darrow said adjustments had to be made in how often crops were irrigated, fertilizer applications and crop timing. Many of the bedding crops, especially begonias, needed to be fertilized more often when grown under LEDs.

The economics of using grow lights

Horticultural researchers Neil Mattson from Cornell University and Marc van Iersel from the University of Georgia discussed the Lighting Approaches to Maximize Profits (LAMP) project. Funded by the USDA National Institute for Food and Agriculture Specialty Crop Research Initiative, LAMP aims to determine how growers can maximize their return on investment when considering installing grow lights.

The team of researchers involved in this $5 million, four-year project is studying the best way to optimize crop growth and quality in cost-effective ways. The research includes simulation of different lighting scenarios and the use of sensors to monitor crop growth and physiology. Researchers are studying how much light crops require and assessing supplemental lighting needs and options.