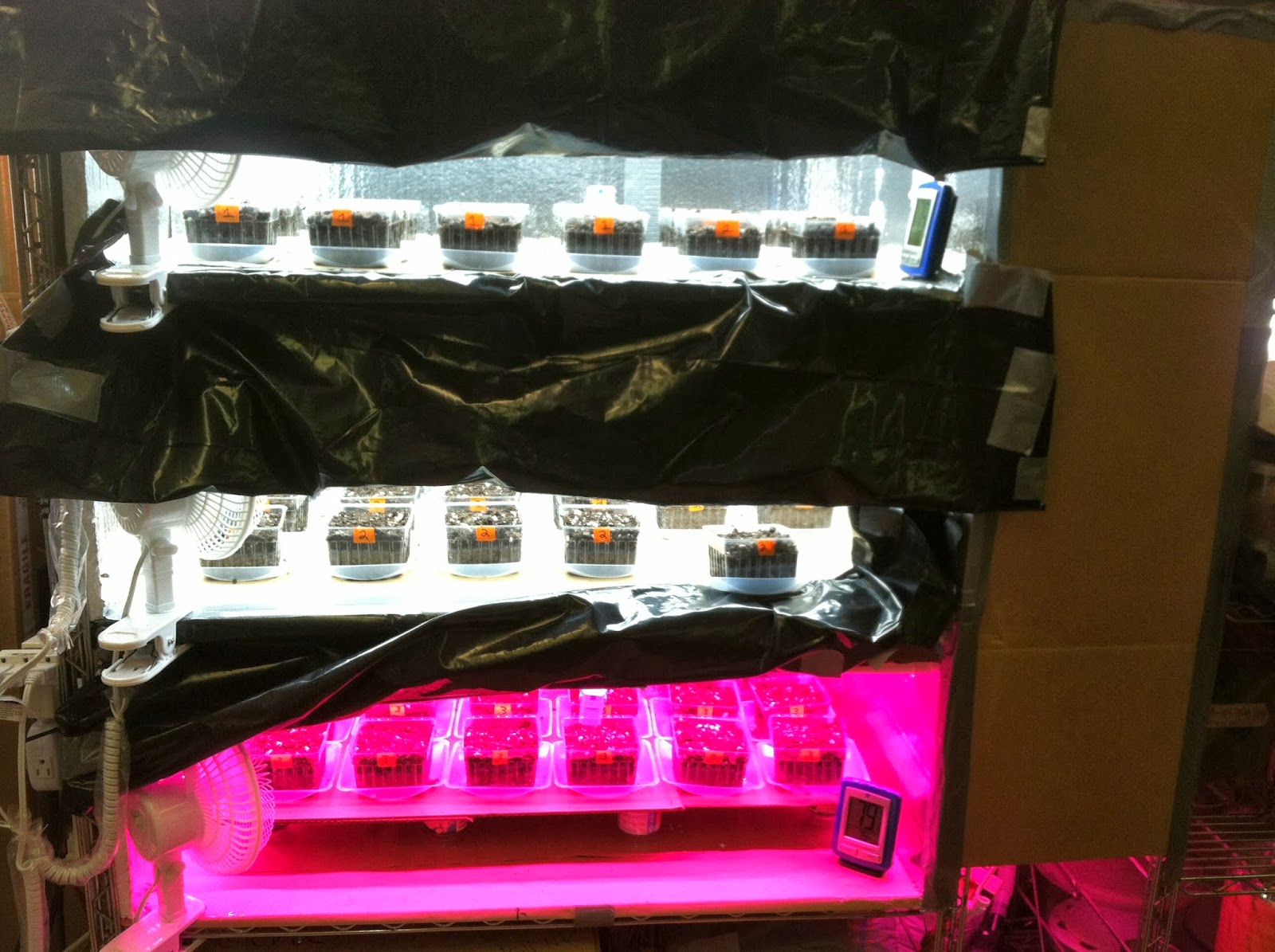 Although most people wouldn’t think that supplemental
lights would be needed to grow plants on the Hawaiian Islands, they may be able
to provide growers with a consistent, quality light source. University of
Hawaii graduate student Robert Saito is comparing the growth of pak choi
(Chinese cabbage) under T5 fluorescent lamps and Philips GreenPower LED
Production Module Deep Red/Blue 120 fixtures.

“Some parts of Hawaii don’t have high light levels,”
Saito said. “There is also Kilauea volcano on the Big Island that’s been increasingly active since 2008. It
is spewing all kinds of emissions into the air, which can impact the quality of
plants grown outdoors. Field growers may be able to benefit from growing their
plants using supplemental lights in greenhouses or other indoor growing facilities.”

“The entire experiment is being done indoors,” Saito
said. “The plants are on a 14-hour photoperiod. The focus of my experiments is
on the benefits of using supplemental lighting. I have been looking at what are
the differences and similarities of growing pak choi under fluorescent lamps
and LEDs.”
For more:
Robert Saito, University of Hawaii, College of Tropical Agriculture and Human
Resources, Manoa, Hawaii; rjnsaito@hawaii.edu.