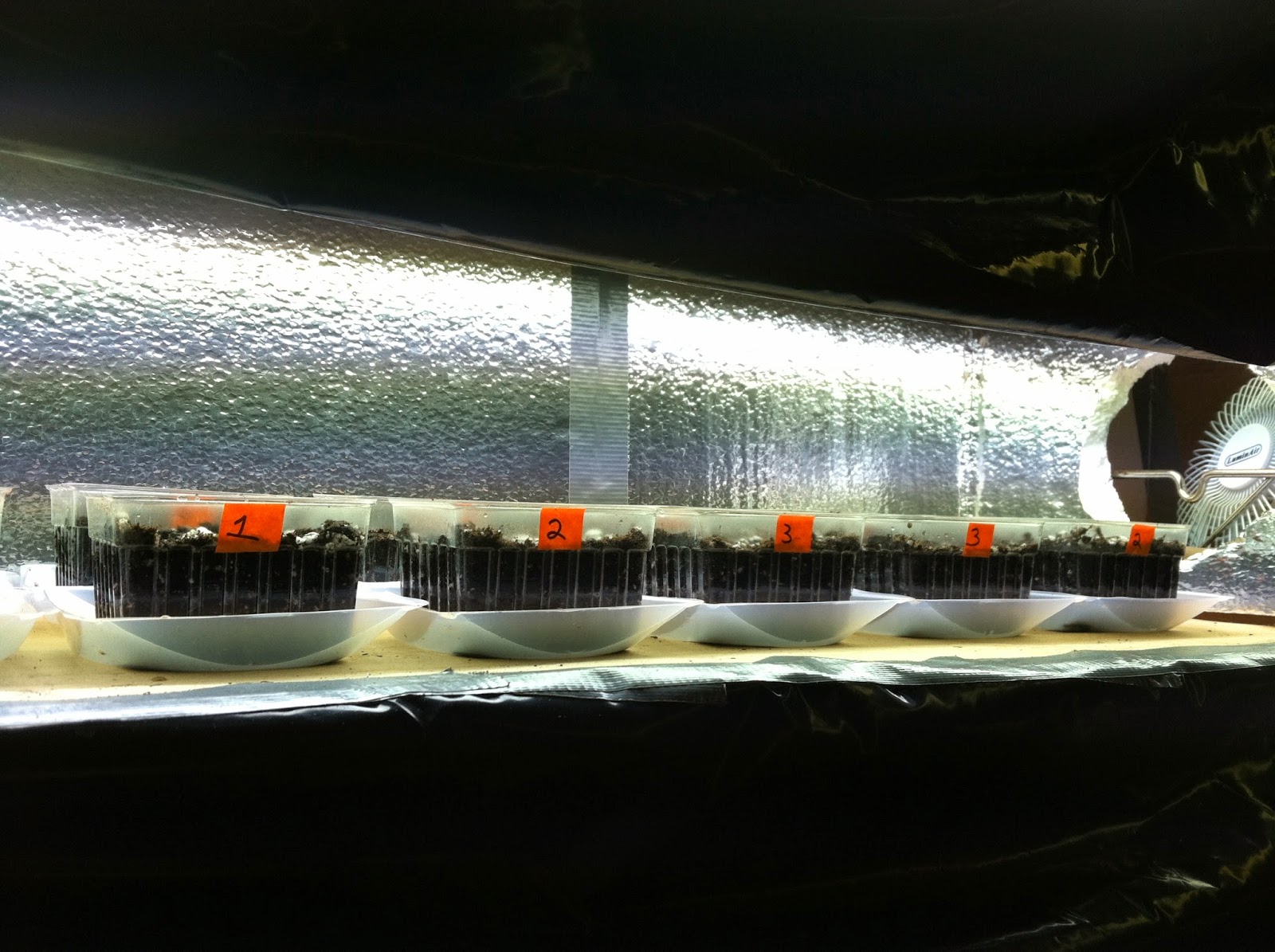 On Dec. 14, 2014, a Hort Americas blog update was posted about University of Hawaii graduate student Robert Saito, who is
comparing the growth of pak choi (Chinese cabbage) under T5 fluorescent lamps
and Philips GreenPower LED Production Module Deep Red/Blue 120 fixtures. Saito
has conducted seven trials. The first four trials were preliminary to determine
the best growing medium and which plants should be used to measure light effect
differences. Initially Saito was planning to grow mizuna, but he ran into
issues with micronutrient deficiencies and switched to pak choi instead. Both
of these leafy greens are in the Brassica family.

Preliminary results
Saito has measured fresh weight, height and chlorophyll
content of the plants grown under the two light sources.
“I also took SPAD readings to measure the relative chlorophyll
and there were differences among the treatments,” Saito said. “I am now going
to run the data statistically to see if there was a significant difference.”
Plant samples are also being analyzed for nutrient
content to see what kind of nutritional value they can offer to consumers.
“I am doing a tissue analysis to measure some of the
secondary metabolites,” he said. “I am looking at total phenolics, carotenoids
and glucosinolates. A mineral nutrient analyses will measure such things as
total nitrogen, phosphorus and potassium. Once the mineral and tissue analyses
are done then I hope to publish the results.”
For more:
Robert Saito, University of Hawaii, College of Tropical Agriculture and Human
Resources, Manoa, Hawaii; rjnsaiot@hawaii.edu.
David Kuack is a freelance technical writer in Fort Worth, Texas; dkuack@gmail.com.
Visit our corporate website at https://hortamericas.com