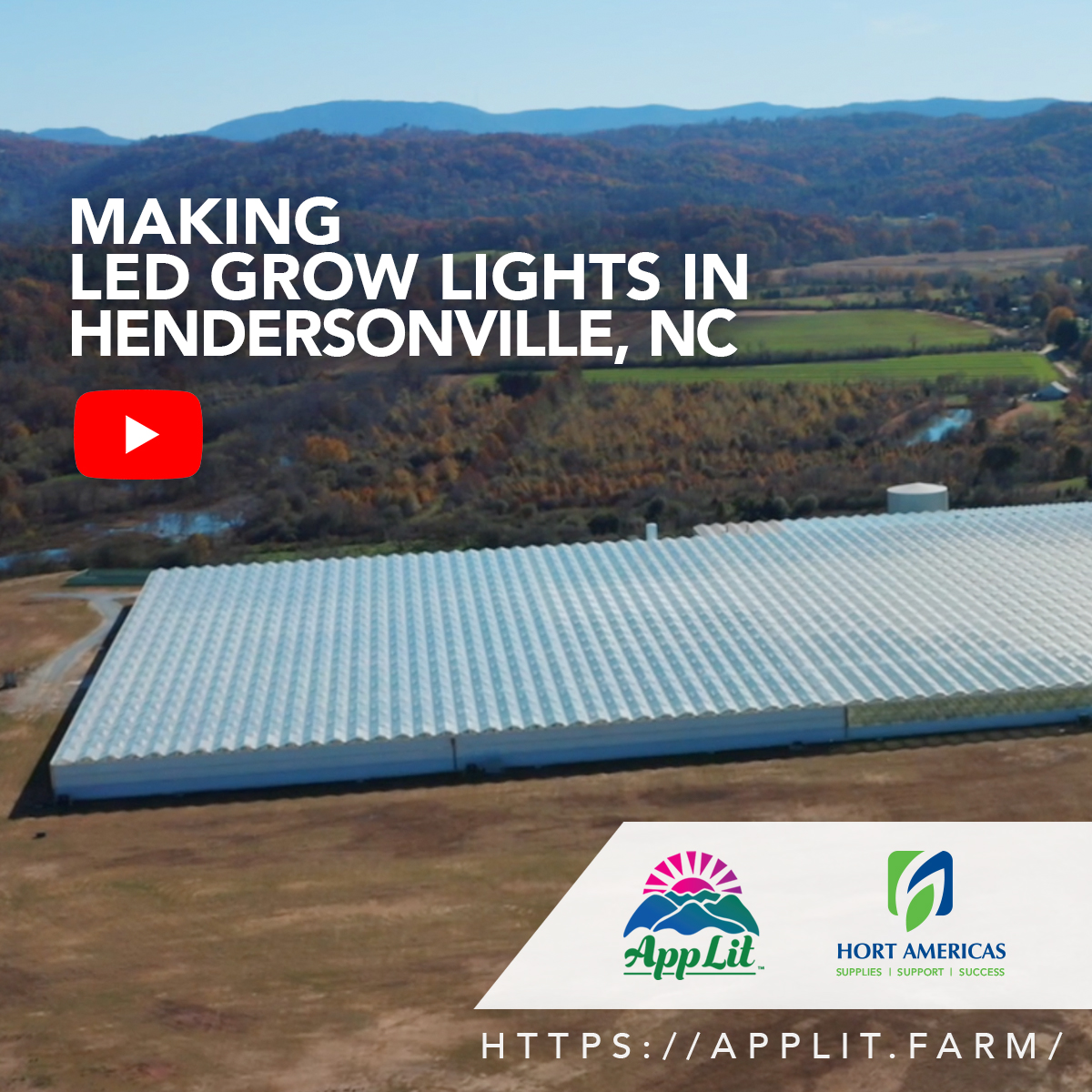 Enabling growers to see what Current has been able to accomplish at its North Carolina facility and Hort Americas delivering the grow lights when they’re needed has shown growers what can be accomplished when commitments and partnerships are made.

AppLit is a concept where businesses not only support their own employees, but also commit to working with and partnering with other local companies.

When Hort Americas, a horticultural distributor in Bedford, Texas, was contacted about supplying controlled environment grower AppHarvest with LED grow lights for a new 15 acre lettuce greenhouse facility in Kentucky, there were some major obstacles to overcome. The first was that the inquiry came in May 2020 just when the pandemic was revving up and many businesses were closing down.

“AppHarvest wanted to have a reliable North American supply of LED grow lights at a competitive price point,” said Chris Higgins, president at Hort Americas. “AppHarvest’s request was not only LED grow lights made in North America, but also, if possible, lights made in the Appalachian region. AppHarvest’s commitment to its shareholders and stakeholders was to invest in Appalachia.”

Initially Higgins didn’t know if he could find a manufacturer of LED grow lights in North America, and even more unlikely to find one in the Appalachian region. One of Higgins’ first calls was to GE Current, a Daintree company, which is now Current.

“To my surprise, Current actually has a light manufacturing facility in Appalachia in Hendersonville, N.C.,” Higgins said. “That facility has been in operation since 1955. For most of the time it has been operating its primary output had been street lights and parking lot lights.

“Fortunately the company had made a big commitment to LED lights starting in 2010. So the resource was there to access, which was the first major obstacle that had to be overcome.”

One of the first decisions that had to be made was whether AppHarvest would agree to purchase LED grow lights manufactured at Current’s North Carolina plant.

“After we gave AppHarvest the light specifications that Current could achieve for the lights, then we needed a go/no-go decision from AppHarvest,” Higgins said. “We received a non-binding purchase agreement from AppHarvest indicating if Current built the lights the grower would purchase them.

One of the biggest commitments that was made was by Current to manufacture grow lights at its North Carolina plant. Current made the commitment to incorporate the engineering and to build the necessary supply chain in a very short period of time.

“The supply chain in the United States cannot currently support the production of light emitting diodes (LEDs) or the printed circuit boards (PCBs) that the LEDs are populated on for grow lights,” Higgins said. “These parts had to be sourced from Current’s Asian business partners. Current had to source power supplies, which are manufactured in North America, but not in the United States. Current also had to find a U.S. manufacturer for the aluminum heat sinks for the lights. This all had to be done while the pandemic was raging.”

There is a massive amount of investment from the private sector being made in controlled environment food production. It’s no surprise that as in the past, many of these large greenhouse facilities coming online are being built by Dutch companies.

“Just like some of their American counterparts, some Dutch companies don’t necessarily want to work with new suppliers,” Higgins said. “It’s the mentality of wanting to continue to work with and protect the companies they are comfortable with, which have been primarily in the Netherlands.

“Other companies involved in this project had their doubts about us as well. They gave us some very aggressive targets and delivery dates. We were successful in hitting all the milestones put in front of us.”

In addition to AppHarvest’s first greenhouse project, Hort Americas and Current have manufactured and delivered LED grow lights for two other of the grower’s facilities that have come online in Kentucky in 2022. The second greenhouse project was 30 acres of strawberries and the third was 60 acres of tomatoes.

“For every project Hort Americas and Current have worked on, not just AppHarvest, we have been able to hit delivery dates within a couple weeks of when the lights needed to be there,” Higgins said. “For example, if we have a target delivery date of week 40, in almost every case we have been able to make those deliveries during week 39, 40 or 41. For some of these projects, it has been the case of having to deliver the lights in multiple truckloads so that the greenhouse builders can stagger the installations.”

Even though the pandemic has subsided, the supply chain for the controlled environment industry remains difficult to navigate.

“One way of eliminating supply chain issues is to produce locally,” Higgins said. “When we produce locally we can shorten the shipping distance, especially for some of these projects, and take the ocean freight and other issues related to global politics out of the equation making the whole system more reliable.”

Enabling growers to see what Current has been able to accomplish at its North Carolina manufacturing facility, and Hort Americas delivering the grow lights when they’re needed, has shown growers what can be accomplished when commitments and partnerships are made.

“When representatives from some of these controlled environment companies, including Soli Organic, BrightFarms and BFG Supply, visit Current’s facility they have the opportunity to meet with the plant managers and walk the assembly floor to see how the grow lights are manufactured and tested,” Higgins said. “They can see the rigors the product is put through. This enables growers to see and understand what quality means and how that quality is followed through in the manufacturing process.”

Current employees assembling the LED grow lights have been able to achieve a failure rate of less than 1 percent.

“The North Carolina factory wants failure rates of less than 1 percent, which in electronics is phenomenal,” Higgins said. “A failure rate of 3-5 percent for just the drivers in LED lights is common. Current’s aggressively low targets show just how well the lights are engineered. It also shows how strong Current’s supply chain partners are and ultimately how well-built the lights are. This has been the hallmark of Current’s success–the products just work.”

This article is property of Hort Americas and was written by David Kuack, a freelance technical writer in Fort Worth, Texas. 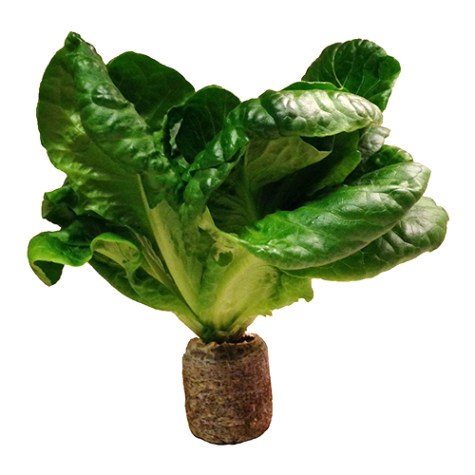