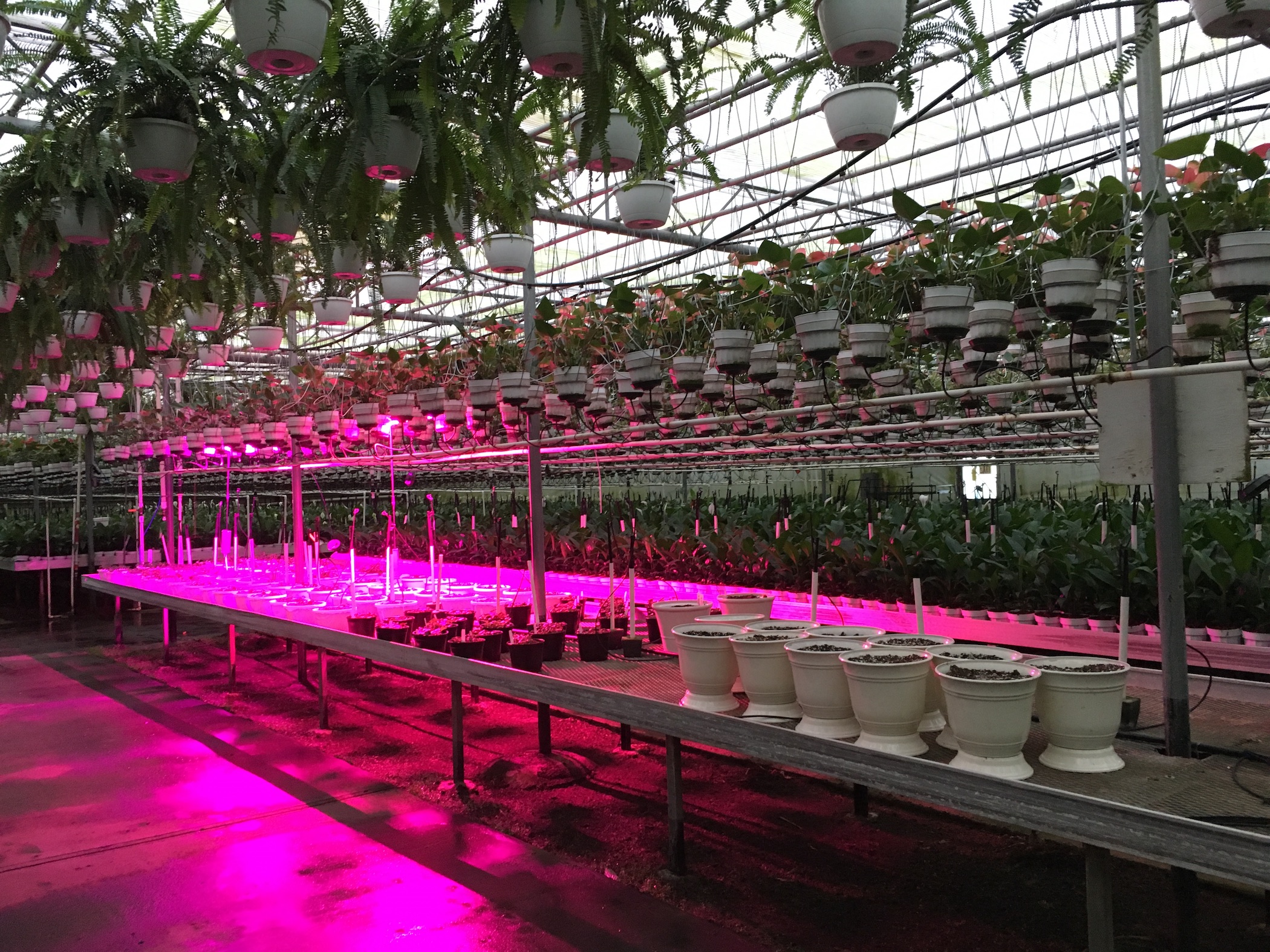 Dominik Neisser has horticulture in his blood. His parents had a greenhouse in Germany while he was growing up and maintain it to this day, laying the foundation for a life spent studying and growing plants across the world. “This is how I was born and raised,” Neisser said. “I was always with plants and got to know the business around it, so I decided to join that branch and go into horticulture.”

Today, Neisser is a vital part of Vivero Internacional, a growing company dedicated to producing “the healthiest and most uniform cuttings in the world.” He’s been working with Vivero since 2015, and in those years his biggest challenge was always growing show plants, particularly for spring trials, photo shoots and other events. Neisser had a greenhouse near San Diego to work out of, but the days in Southern California are still shorter and have less intense sunlight in the winter, and it was affecting the show plants.

“Most of the species do very well in the climate of San Diego, but there are some species special for spring trials that … are tropical and warm and light-loving plants, and they struggle a little bit during those winter months,” he explained. Neisser eventually got connected with Chris Higgins at Hort Americas. Higgins mentioned that Daniel Lee, National Sales Manager at GE Current, a Daintree company, lived close to Neisser and could be a good resource for assisting with a small test.

Because Neisser grows show plants, he didn’t need a massive expanse of LED grow lights. The intention is only to grow 10 to 20 plants to display, so he required just a few LEDs to give extra attention to his particularly picky plants. He wasn’t convinced it would work: Neisser first tried specialty LEDs over a decade ago and was not impressed with their performance. With so much advancement in the world of horticulture grow lights, however, he was willing to give LEDs another shot.

Lee and the Current team were able to provide a sample of Arize™ Element L400 LED grow lights for the test. Neisser set up the four lamps in a corner of his greenhouse and then got inventive with the scheduling. He connected them to standard light timers so they would supplement the natural sunlight of San Diego, and only turned the LEDs on for a few hours each night over the plants that had been struggling the most.

“The light they gave me was really bright and intensive,” Neisser said, so the plants “got a lot of additional light” in just those few hours. When paired with Neisser’s aggressive fertilizer strategy—one that he already had in place to ensure his show plants had enough nutrition—the system was poised to make a difference right away.

The Arize™ Element had a significant impact. “Those plants just grew totally differently from the beginning,” Neisser said. “They stayed short, they had really thick and beefy leaves, and they were just happy and stayed compact. They had buds forming and opened up on time—they were practically usable for the spring trials, which was four weeks later.”

A shorter propagation time was something Neisser had heard about from other growers, but this was his first time seeing it in action. The results were striking. “They grow much faster,” he said. “I gave them a big buffer because I had never grown plants with grow lights, but I was totally amazed. That one light was the only difference and it totally turned around that crop. It was very impressive.”

Maintenance of his crops was also positively affected. “I only had to pinch the liners once, and then I never had to do anything else because they branched naturally. The stems of the plants stayed shorter and there was no need for a second pinch, which I normally have to do when growing because plants get leggy and taller. With the LED light, they stayed compact.” After seeing the Arize™ Element in action, he decided to try them over other blooms as well. “We hung the same lights over some begonias—last year I could not finish a big group of begonias—and they finished two weeks earlier. We had to collect the first flowers because they were so early; the first flowers were already aged two weeks before the spring trials,” he stated. “They finished much earlier, with much bigger blooms and much nicer plant growth.”

The Future of Growing

While Neisser doesn’t have a need to build an entire expanse of grow lights, he sees the value in having a few in his greenhouse. “It’s very good to have a corner with that LED light to have for the sensitive plants,” he said. He also noted that the accelerated growth cycles could help greenhouses increase their yield and free up heated space for more plants to be propagated. “Even though LED lights are expensive to buy, with those quicker turnaround times, the payback time is really quick.”

Neisser is going to continue using the Element lights in his greenhouse. He may not need them during the long summer days in San Diego, but from October to March he sees himself using them over his most light-hungry plants. They can help ensure the show plants are bigger, brighter and bloom on time.