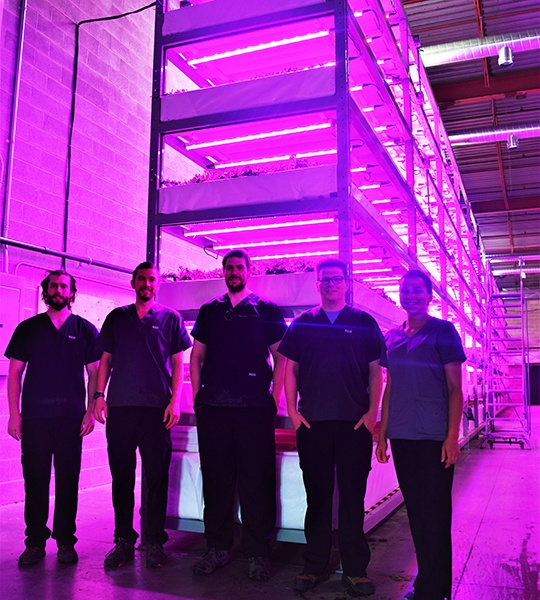 CROPS: Local by Atta produces a variety of lettuces, basil, kale, Swiss chard, bok choy, cilantro and microgreens. Products are sold at farmers markets, health food stores, grocery stores, restaurants and through a weekly basket  program. The basket program is expected to increase sales as the company looks to expand with pick up at local businesses, municipal buildings and its new production facility.

END_OF_DOCUMENT_TOKEN_TO_BE_REPLACED 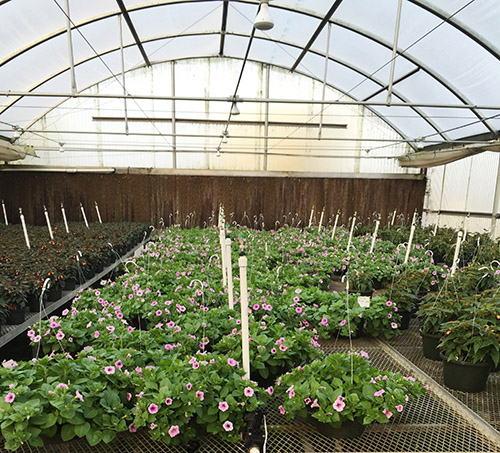 Creekside Nursery has been in business since 1992.

“We grow 200-gallon trees all the way down to pots of annual bedding plants. I’m the manager for the annual color, perennials and tropicals,” said Troy Cox. “Woody ornamentals make up the majority of what we grow.”

Creekside Nursery has a total of about 500 acres of outdoor and indoor production. There are about 40 acres of protected production that includes some unheated winter protection for woody ornamentals. Cox manages about 25 acres of environmentally-controlled greenhouse space.

Creekside Nursery had customers that wanted long day plants ready for sale in February and March.

“Our salespeople came to us and said there were customers who wanted product ready in mid-February and early March,” Cox said. “These were plants that it just wasn’t possible to have ready at that time of year under normal growing conditions because they were long day plants. These included begonias, mandevilla and hibiscus. For mandevilla and hibiscus trying to have them in flower at this time you have to have a little help.

“We had a contract grow for an independent garden center that had an ad going into the newspaper in which they wanted to sell begonias on March 11. There were six different begonia varieties, including some new introductions. The plants were being grown in different size containers including 6-inch pots and hanging baskets.

In order to have the begonias ready for the March 11 ad, Creekside Nursery purchased 30 GE Arize Greenhouse Pro LED Flowering Lamps from Hort Americas. The lamps were installed in a 30- by 96-foot greenhouse.

“I started the begonias at their regular time as recommended by Ball Seed,” Cox said. “The lamps were set to come on between 10 p.m. and 2 a.m. every night just like with mum lighting. The begonias flowered earlier and were in bloom and ready to sell by the March 11 ad date.

Cox said using the GE LED flowering lamps he was able to have all three crops flower faster than if he hadn’t installed the lights.

“The begonias flowered first, followed by the hibiscus and the mandevilla last,” he said. “We were able to get the hibiscus blooming around April 1 with the lights on for about six weeks.”

Based on the success he had with the GE LED flowering lamps, Cox said Creekside Nursery is planning to purchase additional lamps to use on more crops.

“We expect that we will be doing the begonias again next year since it was such a success this year,” he said. “We are also going to try to flower the mandevillas so they’re ready for sale in March and April. Mandevilla is a major crop for us so we will be using the lights on them.

“We probably won’t use the lights on hibiscus. Customers have it in their minds that hibiscus don’t bloom until the summer. However, there are other crops that we want to try the lights on. For the perennials, we will use the lights on echinacea, rudbeckia and leucanthemum. We do small numbers of those crops, but we know the lights will work on them.”