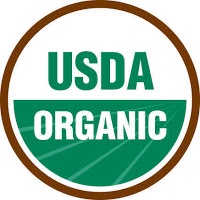 With increased interest in locally-grown crops, “natural”
products, and sustainably-certified production programs, an increasing number
of growers are looking at the feasibility of organic production. One of the
biggest changes for traditional growers seeking to grow organically is the
replacement of conventional fertilizers.
Growers looking to replace conventional fertilizers have
the option of applying either animal-based products like fish emulsion, bone
meal and blood meal; plant-based products including alfalfa meal, seed oil
extract and those derived from composts; and naturally occurring minerals such
as limestone and rock phosphate.
Slow release rate
Two of the major issues growers must consider when
switching to organic fertilizers is their low nitrogen-phosphorus-potassium
analysis and their slow release rate of these macronutrients. Cornell
University assistant horticulture professor Neil Mattson said conventional
liquid fertilizers like 20-10-20 provide nutrients that are readily available
to the plant roots. He said unlike conventional fertilizers, organic
fertilizers should be considered slow-release fertilizer sources since their
nutrients are released through decomposition and microbial activity.
“Plant-available nitrogen is what growers need to be
concerned with,” said Mattson. “It can be the limiting nutrient in organic
fertilizers. The organic fertilizer will list the amount of ammonium and nitrate,
these are the plant-available forms. The rest of the nitrogen may eventually be
available to the plants, but a microbial population has to be established to
convert the organic-bound nitrogen into ammonium or nitrate nitrogen.
“If a grower is looking at the immediate nutrient
availability or “greening” potential of a fertilizer, he needs to think about
what percentage of nitrogen is immediately available to the plants and how much
time it will take for the remaining nitrogen to become available. The grower
also has to be concerned about how much of the fertilizer will be leached from
the substrate.”
Mattson said growers applying organic fertilizers must
also pay close attention to the growing substrate to ensure conditions exist
that favor microbial activity that will hasten nutrient release from the
fertilizers. Growers may want to consider incorporating into the substrate a
source of microbial inoculum such as compost or some other commercial product
such as RootMate or R.S.S.I. Other factors that can impact microbial activity
include having a suitable food source in substrate, maintaining warm substrate
temperatures above 60°F, avoiding a water-logged substrate, and keeping the
substrate pH above 5.5.
Although most of Mattson’s studies with organic fertilizers
have been done in either conventional or organic potting mixes, he said even in
a hydroponic production system that a microbial population will become
established and will convert organically-bound nutrients into forms that are
available to the plants.
“The nitrogen may be bound in proteins and amino acids,”
he said. “The proteins eventually are degraded into amino acids, which get
degraded to ammonium or nitrate which are available to the plants.”

Nutrient
availability
Mattson said in a hydroponic production system, if a
plant needs a specific number of grams of nitrogen, it’s going to need that
amount whether it comes from a conventional fertilizer source or from an
organic source.
“A grower who previously used a conventional fertilizer
and switches to an organic fertilizer may need to increase the amount of
fertilizer applied depending on how much of the nitrogen is readily available,
and how quickly the microbial community can convert the remaining nitrogen to
plant-available forms,” he said.
Mattson said that with organic fertilizers it can be more
difficult to control the proportion or ratio of the nutrients to meet the
plants’ needs.
“With a conventional fertilizer the ratio is often
something like 4-1-4 for nitrogen-phosphorus-potassium,” he said. “Conventional
fertilizers that match up pretty well would be a 21-5-20 or 20-10-20. These
fertilizers actually give the plants the nutrients they need in about the right
proportion that the plants absorb them. For organic fertilizers I have not been
able to find any that have those same proportions.”
Mattson said the organic fertilizers he has worked with
tend to be high in phosphorus as compared to the nitrogen and relatively low in
potassium. However, he has yet to run into problems with deficiencies in the
organic fertilizer studies that he has done.
“Most of the studies I have done have been with
relatively short six-week crops,” he said. “This may have not been enough time
for the plants to experience deficiencies of potassium or show an excess of
phosphorus.”
Mattson advises growers producing longer term hydroponic
crops with organic fertilizers to regularly monitor soluble salts levels and to
also do tissue analysis.
“Nutrients like phosphorus that are supplied in excess
are going to accumulate so that the nutrient level is going to keep building
up,” he said. “Whereas nitrogen and potassium levels might be drawn down
quickly so that there might not be much left for the plants. A grower producing
a short term crop like lettuce or greens may not have to be as concerned with
deficiencies or excesses as a grower producing a longer term crop like tomatoes
or cucumbers. However, if a lettuce grower recaptures the water from a
reservoir and uses it for multiple crop cycles, there is an increased chance that
he could run into these nutrient imbalances.”

Monitoring
nutrient levels
Mattson said growers who are using organic fertilizers
need to do more testing in regards to pH, soluble salts and tissue analysis.
“Electrical conductivity measurements give the total
soluble salts which will help ensure that total salt levels have not built up
to dangerous levels that can burn the plants,” he said. “However, these
measurements don’t tell which particular nutrients built up to a high level.
“Growers who are producing a long term crop like tomatoes
should also be doing leaf tissue analysis. This test would help to determine
which nutrients are becoming deficient or excessive. A leaf tissue test
provides guidelines as to what the nutrient levels should be for long term
crops like tomatoes to sustain vigorous plant growth.”
While a tissue test will provide growers with information
about what nutrients have been deficient in the root zone over the past few
weeks, Mattson considers it to be more of a reactive test.
“A more proactive test would be for the grower to test
the nutrient solution periodically to see what is available to the plants,” he
said. “For a new crop that a grower is not accustomed to producing, it is a
good practice to run a tissue test every week or every two weeks. The grower
should pay attention to the trends that occur with the nutrients over time. The
grower can learn a lot from those trends. If the nitrogen level keeps going
down from week to week, the grower may be under fertilizing the plants or the
phosphorus level may keep building up from week to week indicating over
fertilization.”
For more: Neil
Mattson, Cornell University, Department of Horticulture, (607) 255-0621; nsm47@cornell.edu.