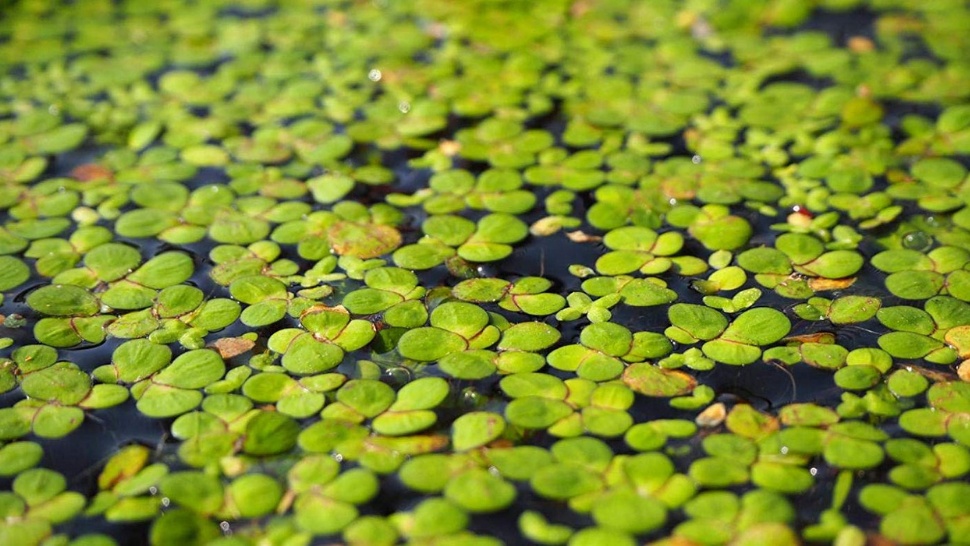 Duckweeds are a family of aquatic plants that can be found floating on still or slow-moving bodies of water worldwide. Also known as bayroot or watermeal, duckweed is a popular food in Southwest Asia. Duckweed is a major source of protein, which accounts for 40 percent of its dry weight. It’s also the world’s fastest growing plant.

The world’s largest collection of duckweeds can be found at Rutgers University. Professor Eric Lam in the Department of Plant Biology and his research team are developing a production platform using a hydroponic vertical farm production system. Growing in stacked trays, about 2½ acres of duckweed can produce 1.4 million pounds of dried plant matter annually. For the same production area, this is about 50 times the production output of corn.

“You could have a mobile, eight-tray system on 1 square meter in your basement,” Lam said. “Our working model is a very simple system with connected trays that rely on gravity for water flow. You would skim duckweed from the water, rinse it and put it in your refrigerator, where it can be good for up to three months without preservatives. People who don’t want to grow duckweed could soon buy a small container of it for $5 in their neighborhood stores.”

Studies are underway to determine optimal growing temperatures, lighting needs and nutritional inputs for a variety of duckweed varieties. Lam is also working on a harvesting system that can lower production costs and increase scale.