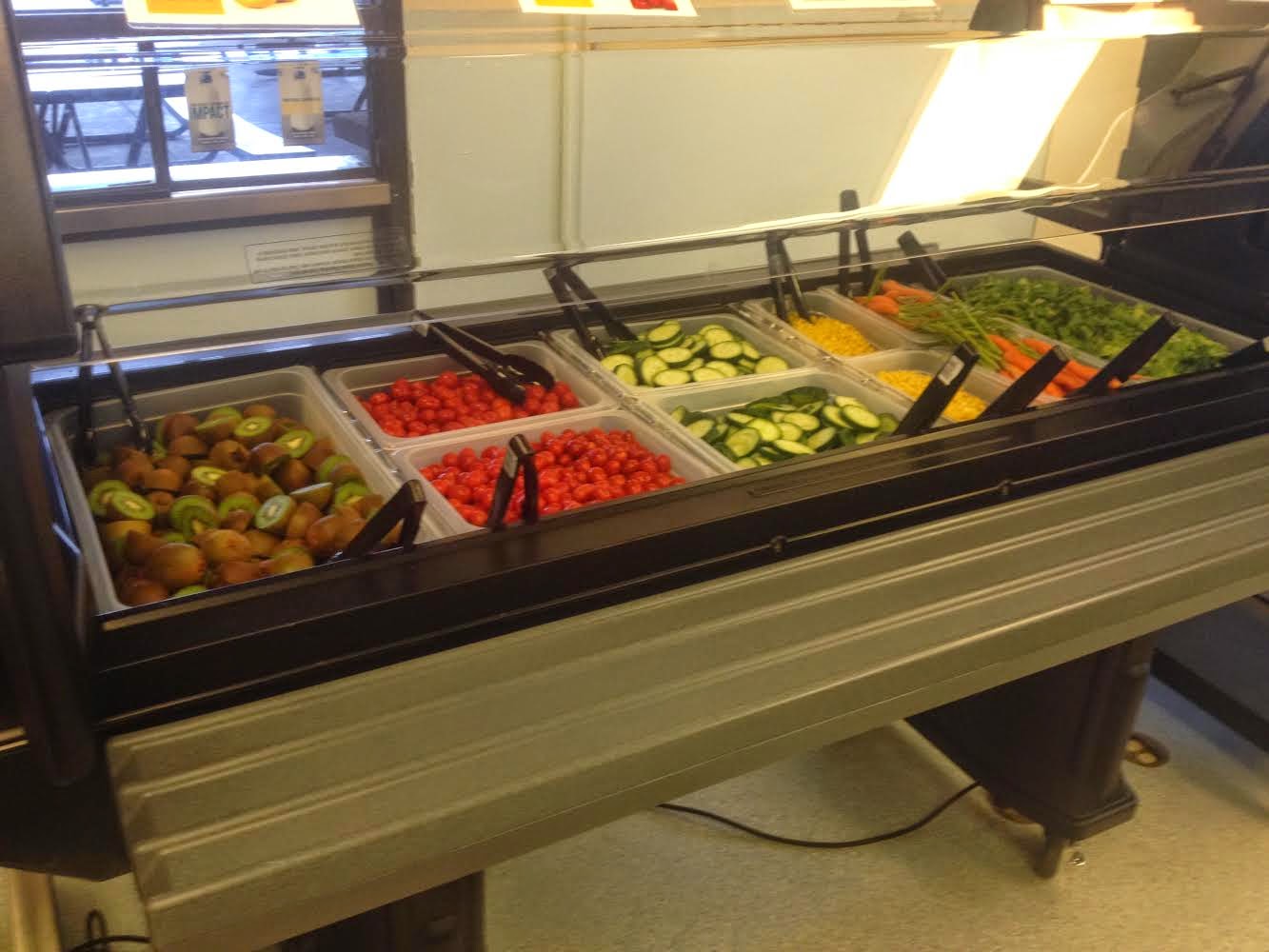 Deardorff Family Farms in Oxnard, Calif., donated a salad
bar to Sequoia Middle School in Newbury Park, Calif., on Oct. 15, 2014. The
donation was part of the Tour de Fresh four-day fundraising cycling event. The company was
a silver sponsor of the event.

Tom Deardorff II, president at Deardorff Family Farms,
who attended the launch of the salad bar at the school said he was amazed by
the response of students.
“Kids began to back up one behind the other in the two
lines going to the salad bar,” Deardorff said. “It was awesome. They were
smiling and joking and asking if they could use the big food trays instead of
the small trays. They went for it hard and fast and kept coming.
“I could hear the staff saying, “We need more salad. We
need more kiwi.” Kids were chomping on carrots and loving every bite. In the
end, it was probably a 65/35 split with 65 percent of the kids choosing to go
through the salad bar line.”

Tour de Fresh was the first collaborative fresh produce
industry event that raised funds for the United Fresh Start Foundation’s Let’s
Move Salad Bars to Schools campaign. The goal of Tour de Fresh and its
participants was to raise $120,000 to privately finance 40 new salad bars in
school districts across the country. The foundation exceeded its fundraising goal and raised $124,303, ensuring more than 40 schools will receive salad
bars.