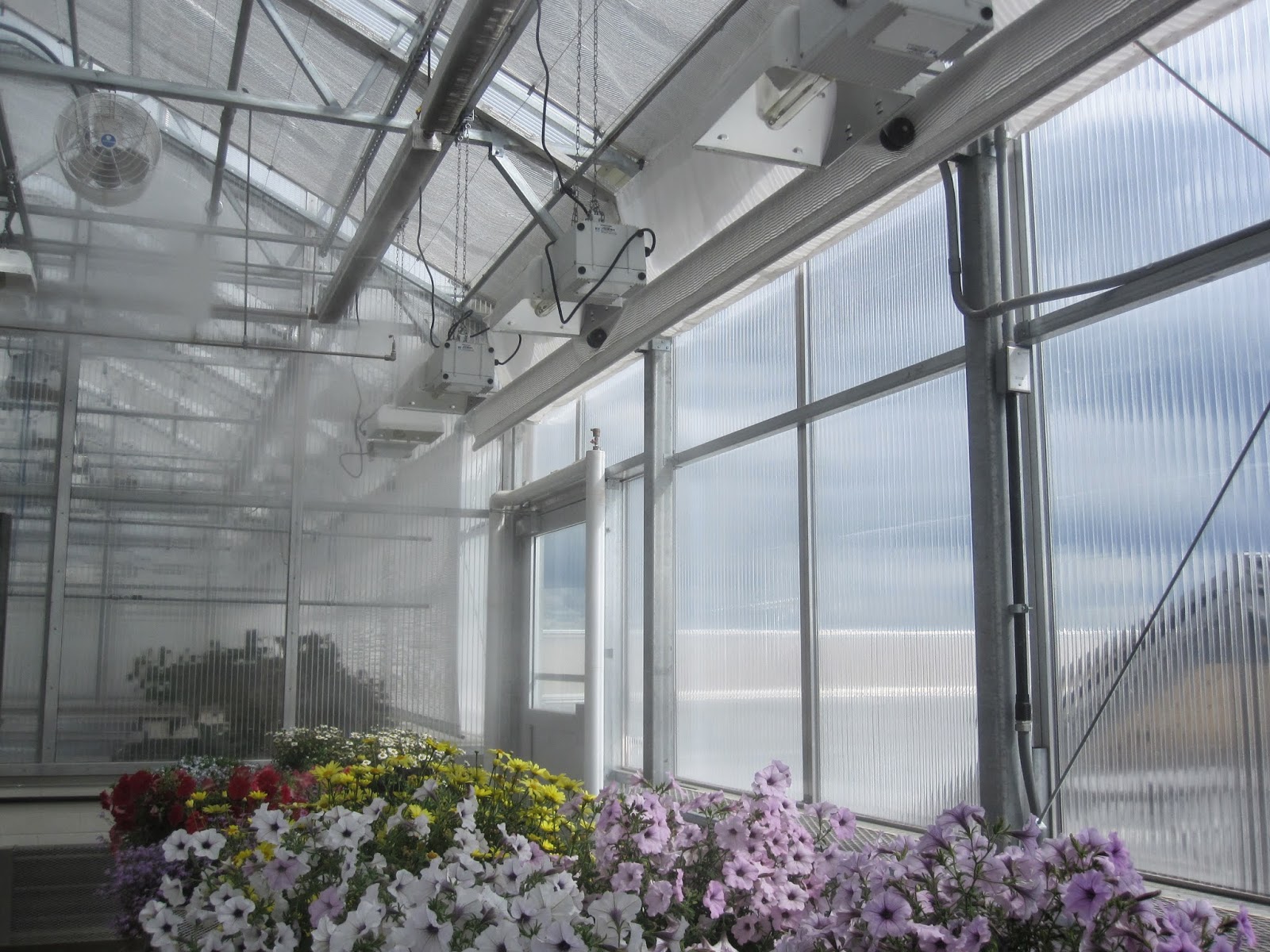 University researchers, extension specialists, industry
representatives and USDA officials are working together to improve how research
is conducted in controlled environment structures, including greenhouses.

By David Kuack
North Central Extension & Research Activity–101
(NCERA-101) is a committee of the USDA
organized to help plant scientists understand how to use controlled environment
technology. The committee initially began in 1969 when plant scientists in the
American Society for Horticultural Science began to discuss how to effectively
use growth chambers to ensure consistent and comparable growth data. When the
committee was organized in 1976 as the North Central Research-101 (NCR-101)
committee, the group expanded to include all plant science researchers and
began encouraging private industry groups to participate.﻿﻿﻿﻿

NCERA-101 now has
over 160 members from 102 institutions and industries. There are even members
from outside the United States.

“NCERA-101 is a project with USDA,” said University of
Alaska horticulture professor Meriam Karlsson, who is the chairperson of the
committee. “USDA has several of these working groups or committees that work on
special topics. This committee is particularly large compared to some of the
others because of the involvement of industry members along with researchers.”
Poster child for
cooperation

Karlsson said the NCERA committee has to apply for
renewal every five years to keep operating and to keep receiving funding from
USDA. The USDA funding is distributed to land grant universities and their
experiment stations.

“The committee is open to industry and non-university
persons working with controlled environment technology appropriate for plant
research and production,” said Karlsson. “That is part of the reason the
committee has become so large. Industry members provide input and support the
work the university and extension personnel are doing. We can also communicate directly
to the industry members what kind of technology is needed in both greenhouses
and growth chambers in order to control the environment.”
Karlsson said USDA officials are very happy with the way
NCERA-101
has been operating with the communication and cooperation that is occurring
between university scientists and industry members.
“USDA officials tell us this is how they would like other
committees to work together on multi-state projects,” she said. “USDA works
with a sizable list of working groups,
including animal sciences, forage, insects and diseases. There is no limit in
regards to the number of members the committee can have, although to keep
focused the group needs to remain manageable. NCERA-101 also collaborates with
similar working groups in Europe and Australia. In two years the meeting will
be international and held in Australia.”
Information sharing

As chairperson, Karlsson prepares an annual report and
the committee holds an annual meeting, which occurred in Alaska earlier this
year.

“During the meeting there is information sharing among
the members,” she said. “Everybody is asked to give station reports and talk
about what they are working on. It primarily has to do with how the researchers
are using controlled environment technology. It could be greenhouses, but much
of the research is being done in growth chambers, phytotrons and biotrons. The
discussions are very specific about how to run the growth chambers and what
kind of variables to measure.”
Karlsson said one of the hot topics of discussion among
the members is lighting and LEDs.
“Right now it’s very confusing as to how to evaluate LEDs,”
she said. “This is one of the committee’s areas of focus—light measurement, how
to provide sufficient light and how to use light. When using artificial lamps
there isn’t a natural spectrum.”
Another topic of discussion has been about humidity and
its effect on plants.
“How do you measure humidity and provide it
consistently?” Karlsson said. “Much of the discussion is related to how to
characterize the environment. The same types of discussions also occur
regarding the instrumentation that is used to measure these variables. The
committee works on developing guidelines for measuring these essential
variables.”
The guidelines developed by the committee can then be
used by scientists worldwide to consistently measure environmental conditions
regardless of where the research is conducted.
“Industry members also discuss the challenges they face
in regards to developing the measuring instrumentation that the scientists are
telling them is needed,” she said. “The scientists want the equipment to
measure a variable with limited influence of other factors.”
New greenhouse
open house

During this year’s NCERA-101 annual meeting, which was hosted
by the University of Alaska Fairbanks, Karlsson had the opportunity to show off
the new teaching and research greenhouse that was recently completed. The
4,500-square-foot Nexus greenhouse consists of an upper and lower level. The
upper level, which was completed in 2012, is used for teaching and
instructional purposes. The lower level, which was finished earlier this year, will
be used for research.

The new greenhouses at the University of Alaska
are equipped with high pressure sodium lamps.
Photo courtesy of University of Alaska
The greenhouses are equipped with both blackout and
shade/energy curtains. There is also a Mee fog system which is used to cool the
greenhouses and to increase the humidity.
“During the winter the natural humidity is really low,”
Karlsson said. “During the summer when the temperatures can reach into the 80s,
the fog system keeps the greenhouses cool.”
Karlsson said when the greenhouses were being planned
during 2010-2011 the decision was made to install high pressure sodium lamps.
“At the time the technology for the LEDs was not
developed enough for us to choose them,” she said. “We are doing research with
LEDs because the cost of electricity here is very expensive and LEDs are anticipated
to be more efficient. I expect LEDs will make a big difference for the
commercial greenhouse industry in the state. We are looking at how we can get
enough light from LEDs to substitute for high pressure sodium to promote the
kind of growth we want to have. And we need to determine how plants respond to
different light qualities under our growing conditions.”
Interest in food
crops

Karlsson said there is a lot of interest in many
communities in Alaska about hydroponics and the production of food crops.

University of Alaska researchers are studying the
feasibility of growing a variety of edible crops.

“Alaska is at the end of the supply line so there is a
lot of interest in extending the growing season and even possibly growing
during the winter months,” she said. “We are looking at growing hydroponically and what is the
easiest way to produce leafy greens, lettuce, tomatoes and cucumbers. Even
though Alaska is known for having major natural gas and oil reserves, having an
affordable energy source is one of the obstacles that has to be addressed. Some
communities have access to natural gas, which is almost an unlimited resource.”

Karlsson said because of Alaska’s cold, dark winters,
there is interest in growing hydroponically with vertical shelf systems.
“There is also a lot of interest in greenhouses and high
tunnels,” she said. “Alaska is a big state. South of Anchorage on the Kenai
peninsula, high tunnels are used to start the season earlier in the spring and
to extend fall production. The climate is more moderate there. As you go
further north, it doesn’t make sense to put up a high tunnel. Greenhouses would
be a better choice. Even during the summer when there is plenty of light, some
heat would be needed in the greenhouses to maintain the warmer temperatures the
crops would need.”